Global Legal Hackathon. The largest legal hackathon in history. February 23–25 in cities around the world.

Now’s the time for Romania’s legal sector to be as innovative as its IT sector, say Bucharest law firms

Romania has increasingly become a destination for tech companies and start-ups worldwide. But how does Romania’s legal sector fare when it comes to implementing innovation? Hristescu & Partners and Bulboaca & Asociatii are hosting a Global Legal Hackathon event in Bucharest to help fuel similar innovation in the legal sector with a particular focus on improving efficiency among law firms.

As Andrew MacDowell of the Financial Times reports, the Eastern European country “has been a favoured IT outsourcing destination for many years, with competitive advantages including its domestic market of 20m, one of Europe’s fastest-growing economies, and young graduates with good language skills.” MacDowell also cites the former communist country’s “legacy of excellence in science, mathematics, and technical education,” which has helped propel innovation among domestic companies.

Now it’s time for Romania’s legal sector to embrace the same kind of tech and innovation, say organizers of the upcoming Global Legal Hackathon event in Bucharest. We spoke to Madalina Hagima Hristescu, managing partner at Hristescu & Partners, about legal tech in Romania and what she hopes to see at the hackathon on February 23–25, 2018.

Can you tell me a little bit about the hosting firms — Hristescu and Bulboaca — and some of the innovation they hope to adopt?

Hristescu & Partners and Bulboaca & Asociatii are two well-known Romanian law firms that are determined to embrace change, welcome challenge and support innovation. We both consider this hackathon a great opportunity to foster valuable business ideas and technological capabilities, not only within an educational scope, but also with the expressed intention of encouraging innovation that will help improve efficiency in the firm.

We are also honoured to contribute to our country’s development through innovation, as Romania’s potential to grow is tremendous, and we firmly believe that we must do what we can to encourage this transformation. 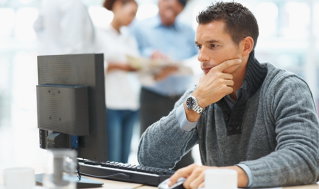 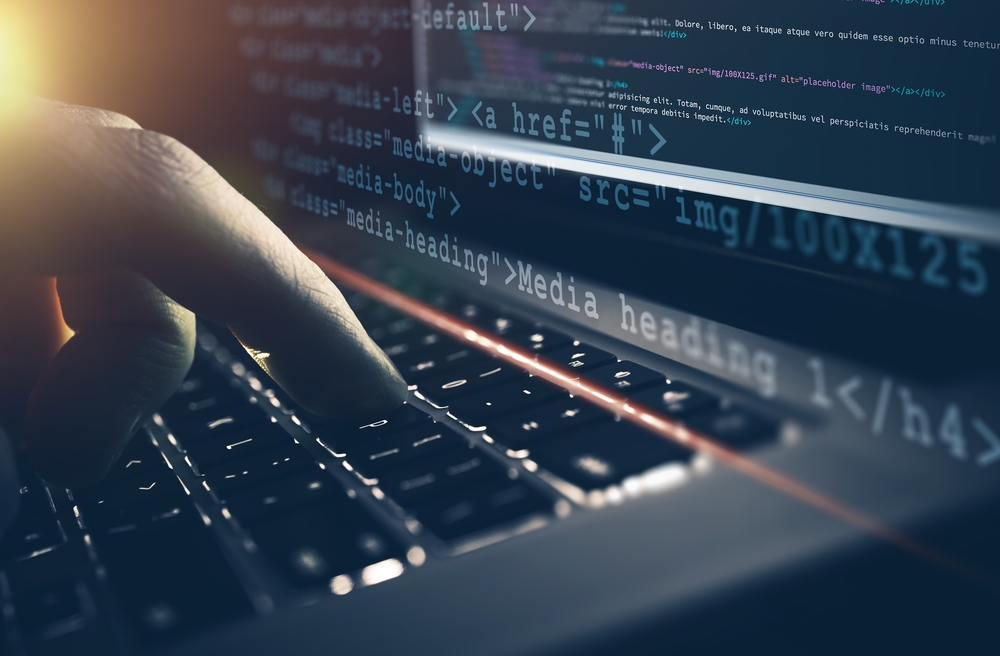 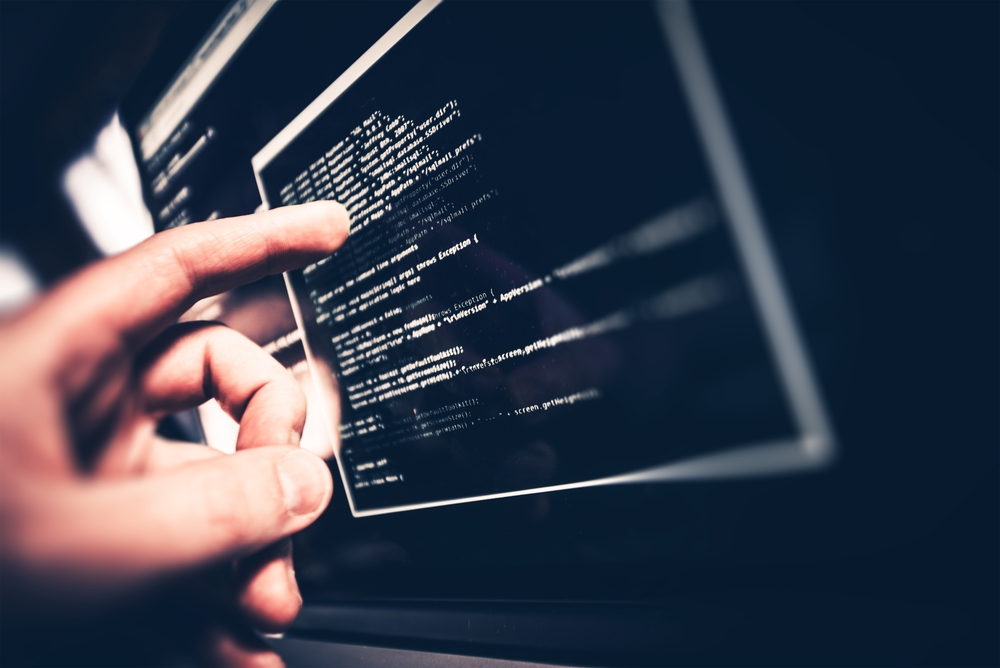 Are you interested in bringing tech innovation to legal problems? Then this hackathon is for you! RSVP here to save your spot on February 23, starting 7:00 PM!

The Global Legal Hackathon hackathon looks for Romania’s best and brightest developers, legal industry professionals, entrepreneurs and tech-savvies that want to drive innovation in the legal field. If you know or have ideas about how to solve various legal problems through technology, then join the World’s Largest Legal Hackathon taking place on 23 – 25 of February at TechHub Bucharest!

Bring your friends, form teams and turn your vision into a product!

The winning team will go to New York to present its vision in front of global experts and top companies!

What’s in it for you?

On February 23-25, 2018, Integra Ledger is set up to host the first ever Global Hackathon, the world’s largest legal hackathon with over 10,000 participants spanning six continents. In this report from On the Road, host Laurence Colletti talks to David Fisher and Aileen Schultz, the co-founders of the hackathon, about where the idea for the event came from and what the event will look like. They also explain what a hackathon is and why they are valuable to the legal industry.

David Fisher is the founder and CEO of Integra Ledger, a permissioned blockchain for the global legal industry. He is also a co-founder of the Global Legal Hackathon.

Aileen Schultz is the director of network intelligence at Integra Ledger. She is also a co-founder of the Global Legal Hackathon.

The plan to stage the world’s largest legal hackathon, with over 10,000 participants, looks on track to achieve its goal if not exceed it, say the organisers. With five weeks to go before the 23-25 February event, the first ever Global Legal Hackathon (GLH) has attracted attention from a wide range of firms, tech companies and academic institutions around the globe.

Artificial Lawyer first announced the ambitious event 4 December 2017, and the GLH organisers, David Fisher, founder of Integra Ledger, and Aileen Schultz, quickly received interest from parties from many countries, with many more venues for the world’s biggest hackathon still in final discussion.

The multiple teams will all have one aim: to build something great using legal technology. And Fisher says that he hopes the event will cause such an impact that it ‘will shift the ‘tectonic plates’ of the legal industry’.

The project will take place simultaneously in multiple countries and cities all over the world and ‘will bring together stakeholders in the legal technology industry in an intense 51-hour sprint of legal tech education, creativity, and invention’.

Fisher added that he hopes that the total participants involved can beat the world record set by NASA for a global hackathon.

‘The largest known hackathon in any industry was organized by NASA, with approximately 14,000 participants. That’s nice company to have. That’s to say the only larger hackathon was hosted by one of the most innovative organisations in history, in one of the most cutting edge scientific industries – space!’ Fisher added.

A list of those joining in so far shows an incredible range. Below is just a sample of those already signed up:

And, let’s now hear from some of the participants:

IBM, Cognitive Legal, Brian Kuhn and Shawnna Hoffman: ‘IBM has been extremely excited about the Global Legal Hackathon since it was first proposed. With the incredible advances in AI in the legal industry, now joined by blockchain technologies emerging even more quickly, there is nothing more important than engaging innovators across every aspect of the legal landscape, worldwide. IBM is very proud to be involved with the GHL on a global scale.’

Orrick, Mitch Zuklie, Chairman and CEO: ‘Law is at a tipping point in terms of innovation. Clients are demanding it and changes in technology and the workforce are enabling it. Crowdsourcing solutions globally is essential, and the Global Legal Hackathon, with its focus on both public and private sector solutions, is a shining example. We are very excited to see what comes out of it.’

Suffolk University Law School, USA, Professor Gabe Teninbaum, Director of the Institute on Legal Innovation & Technology: ‘Suffolk Law has been deeply committed to legal innovation and technology for many years. For example, we launched the nation’s first legal tech concentration for law students years ago, and recently launched a first-of-its-kind online legal tech certificate for legal professionals [and] we’re excited and pleased to support the Global Legal Hackathon as it brings the entire world of legal innovation and technology together for one weekend. Suffolk will proudly be hosting a local venue of the event in Boston.’

HM&Partners, Madalina Hagima, Bucharest, Romania: ‘We are excited to be part of such an ambitious and forward thinking global movement and honored to represent Romania right from its first edition!’

Wardynski, Poland, Krzysztof Wojdyło, Partner and Head of New Technologies Practice: ‘We believe that lawyers should increase their interest in new technologies…we were thrilled to accept the proposal to host the Warsaw edition of the Global Legal Hackathon. As co-organisers of the hackathon we will strive first and foremost to provide a meaningful contribution on substantive issues.’

Finally, some words from two of the many legal tech companies involved, starting naturally with Integra Ledger.

‘When we had the idea for the Global Legal Hackathon back in November, our vision was to connect the entire world of legal innovators in new ways. It was about discovery and community. We wanted to invite leaders and organizations that in some cases weren’t previously known in typical global legal innovation circles. And we wanted to invite all stakeholders, without regard to organization, country, or technology. We have been amazed and gratified with the overwhelming response.’

And, vLex, in partnership with Compass / vLex Canada, says that they are ‘thrilled to announce that they will be supporting the Global Legal Hackathon and the effort to spur ‘rapid development of solutions for improving the legal industry world-wide’ by offering a version of its advanced AI platform Iceberg, to event participants, which is a cloud-based Artificial Intelligence platform that allows users to create custom legal knowledge and analytics solutions.’

So, there it is. However many people eventually take part it looks like a lot of good will come from the GLH by bringing together participants from around the world, sharing knowledge and ideas, and most importantly of all inspiring people to believe they can change the legal world for good by leveraging technology. Artificial Lawyer will keep you posted as GLH grows and grows.

Note: if you would like to join in there is still time, with around five weeks to go. Details can be gained from Aileen Schultz, , please drop her a line.